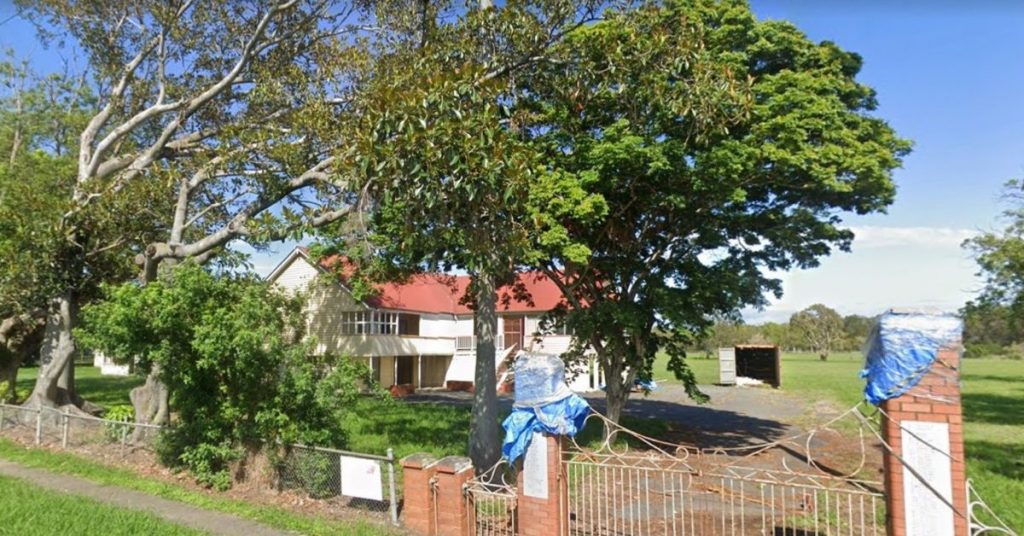 Saving what remains of the heritage-listed but decaying Pinkenba State School structure continues to be stalled as Council awaits the amendments to the developers’ plans.

Read: Part of Approved Microbrewery Site In Albion May Be Converted Into A Hotel

SPMA Group Pty Ltd has been given until 28 May 2021 to submit new details to its development application (DA A005214273) for the land on Eagle Farm and Serpentine Roads.

The plans, originally lodged in June 2019, earned some opposition from the community after the developer expressed a need to convert the property for low-impact industrial use from a Community Facilities Zone. The developers, however, said it will preserve the heritage-listed school building.

Dogtainers Brisbane purchased the property in 2016 with the intention of restoring Pinkenba State School, which closed in 2008 due to a declining student population. However, residents have not been open to the idea of turning a large part of the land next to it for industrial developments.

In submissions to the Council, the locals said that they have been hoping the development would focus on creating facilities for community use, such as a healthcare centre or a sports arena. However, the developers outlined in their application that the site itself would be insufficient as a community space since there is no accessible public transport in the area.

The developers further said, “Pinkenba State School was decommissioned due to low enrolment and the small, aging population within Pinkenba and Pinkenba Village. Pinkenba has evolved to become an area dominated by medium impact industrial uses, heavy impact industrial uses and the Brisbane Airport, with the associated amenity impacts needing to be considered for future development of the site.”

During the assessment of the development application, Council also discussed the possibility of conducting essential repairs of the Pinkenba State School with the owners.

“I have contacted the owner of the property to advise him that Council will not tolerate this damage to the heritage of Pinkenba and that restoration is an absolute obligation before any consideration of a future development application for the site can be considered,” Councillor David MacLachlan posted on Facebook in May 2020.

“Pinkenba residents alerted me to the disgraceful act of vandalism over the weekend and I immediately requested an investigation. Local residents told me that the owner of shipping containers stored on the site deliberately wrenched aside the wrought iron archway over the memorial gates, significantly damaging it and one of the supporting columns, in order to gain access to and removal of the containers.”

Read: Onedin: Prestige Hamilton House with a Murderous Past Up for Auction

One year since Cr MacLachlan’s statements and the state school is still disintegrating as broken glass windows have allowed for a great number of birds like Ibis to move in.

In March 2021, the Council once again asked the owners of their plans for the heritage site. The Council said it cannot make a decision on the development application unless there is a concrete action to preserve the building, including the gates that serve as a memorial for war heroes.