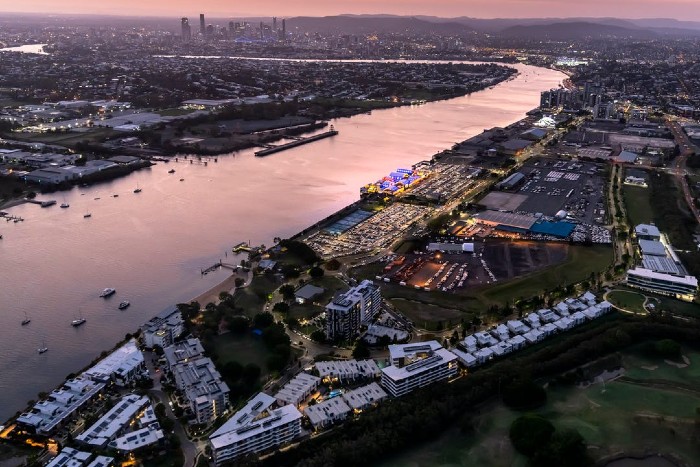 There’s still a decade to go before the 2032 Brisbane Olympics and Paralympic Games, but there are already big plans to make the city Olympic-ready. One of them is to revamp Northshore Hamilton into an Athlete’s Village.

Deputy Premier and State Development Minister Steven Miles compared Northshore Hamilton’s future transformation to South Bank when Brisbane hosted the World Expo 88. It was a temporary event but it changed Brisbane forever. It transformed the South Bank from ‘provincial backwater into a world city.’

Northshore’s prime waterfront location and its proximity to the CBD, competition and training venues, and transport connections makes it an ideal location to host thousands of athletes by 2032.

Mr Miles said the already popular precinct, which is home to landmarks such as Portside, Eat Street Markets, and Alcyone Hotel will be given a boost once the Athlete’s Village is constructed.

Situated on a Economic Development Queensland-owned land within the Northshore Hamilton Priority Development Area (PDA), the Athlete’s Village will serve as temporary home for more than 10,000 athletes and team officials during the Olympic Games and more than 5,000 for the Paralympics.

“Among the key requirements when hosting the Olympics is provision of athletes accommodation and I’m proud Northshore has been locked-in for the Brisbane Olympic and Paralympic Athletes’ Village,” Mr Miles said.

Mr Miles said hosting the 2032 Games will mean a 10-year pipeline of construction jobs, trade and investment opportunities, and legacy projects that will benefit Queenslanders for decades to come.

“The legacy of the Village precinct is already incredibly important,” he added.

Following the games, there are plans to use the village for residential offering, including aged care, retirement living, social and affordable housing, key worker, hotel, build-to-rent and market accommodation.