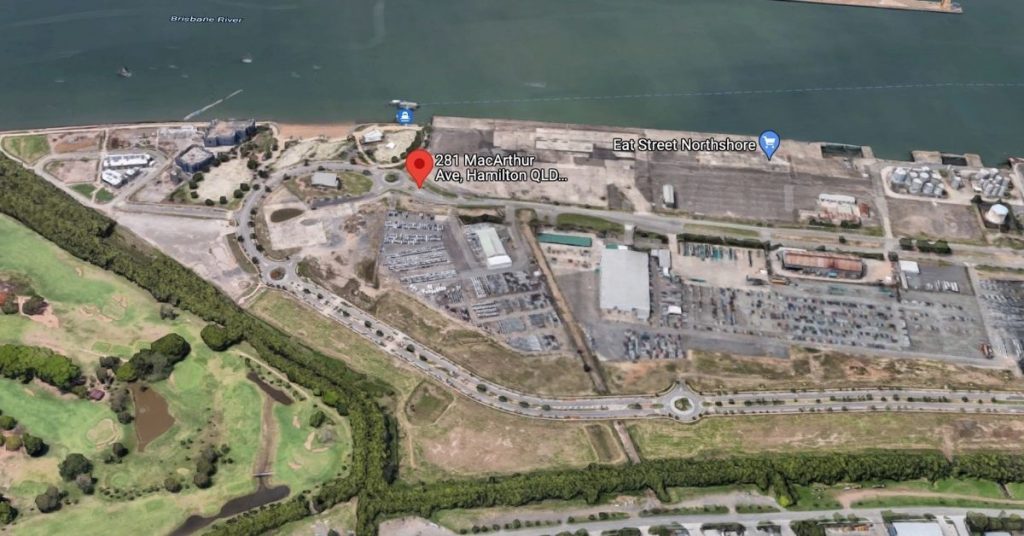 In a multi-stage development, a section of Northshore Hamilton could first be used as an events space for concerts, a circus space, or a recreational centre before its final transformation into the Games Athletics Village for the 2023 Brisbane Olympics.

A development application (DEV2021/1200) submitted to the State Development, Infrastructure, Local Government and Planning is seeking approval to use parts of Northshore Hamilton for different activities for at least six years or until the Olympic Village opens.

Existing buildings in this section could be refurbished and repurposed to accommodate a cinema or drive-in theatre, a party venue for birthdays and weddings, or a flea market that could be held regularly.

The site might also be used for trade shows and exhibits, food or wine festivals, and an assortment of training or workshops. Updates and improvements to the public realms will include landscaping, lighting, and pedestrian access.

Currently, Stage 1 of the Northshore Hamilton Development Scheme, covering 304 hectares of land between Kingsford Smith Drive and the Brisbane River, is underway.

“The proposal in no way seeks to compromise the development of the site in line with the ultimate intent of the Development Scheme, but rather seeks to activate – through the use of public spaces and repurposing of existing buildings – the waterfront at Northshore with the anticipation that community goodwill will build, prospective investors will gain confidence, and vibrant people places will result,” the developers stated.

Meanwhile, the Games Athletics Village is expected to house more than 10,000 athletes and officials during the 2023 Brisbane Olympics. After the games, facilities in Northshore Hamilton will be offered as a residential site, an aged care facility, a social housing, or a build-to-rent market.