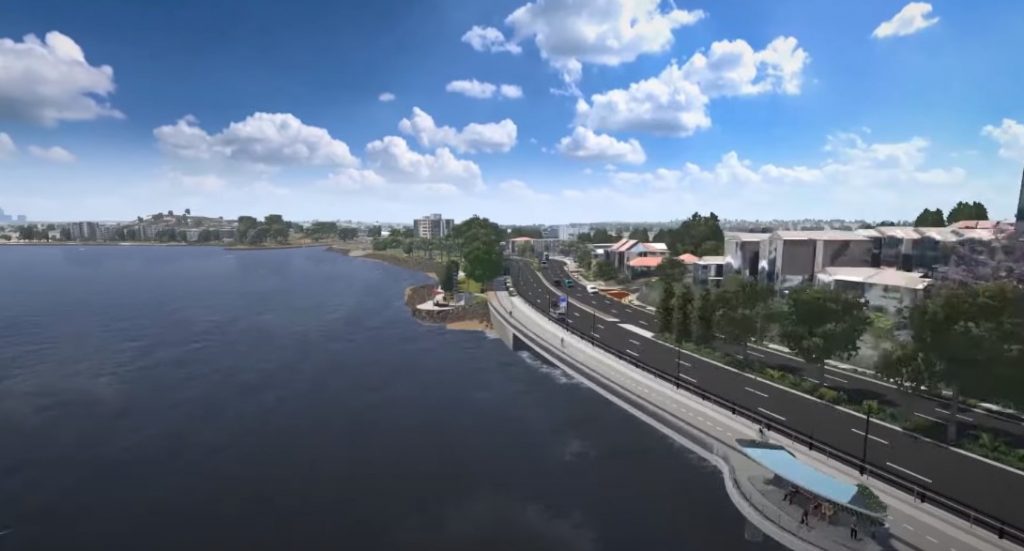 The $650-million Kingsford Smith Drive upgrade has been completed and features six lanes of traffic between Cooksley Street and Theodore Street in Hamilton.

The upgraded Kingsford Smith Drive was officially opened last 27 October 2020. The speed limit along this arterial road was also restored to 60km/h from 40km/h.

The council also announced the project was delivered $15 million under budget, hence, rate payers will be provided with a one-off rate rebate of almost $30 to be applied to rate notices issued 1 January 2021. The rebate effectively extends the six-month freeze on new rates for an additional quarter.

The massive project was first announced in 2013 which involved the widening of the road to six lanes allowing it to accommodate 70,000 vehicles each day. Expected to be delivered in 2019, the project was delayed for a year due to geotechnical issues.

Last year, the company contracted to deliver the upgrade project, Lendlease, reported a $47 million project cost blowout due to issues with the river’s retaining wall. Lendlease shouldered the additional cost of the project. Then-lord mayor Graham Quirk said that he was expecting very little of the contingency fund to be saved.

Cr Schrinner described the project as an engineering marvel which has employed more than 5,000 people who have, over the life of the project, undertaken more than 4.1 million work hours.

The now six-lane Kingsford Smith Drive links the CBD to the Airport, Port of Brisbane, Northshore Hamilton and Australia TradeCoast area. The upgraded road features two built out over the Brisbane River, intersection upgrades, and enhanced safety for road users.