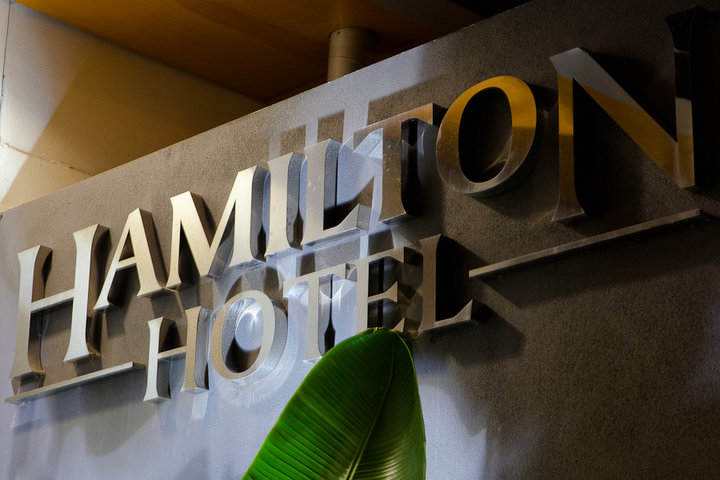 Did you know that Hamilton Hotel, eponymously named after the prominent Hamilton family, became one of the earliest reference points in the area after they established it in 1865 and was instrumental in the naming of the suburb?

In 1865, solicitor Gustav Hamilton had his wooden homestead constructed, on the same site where the current hotel stands, as a meeting place for horse racing identities. Eventually, the Hamilton Hotel became the reference point of the district.

There weren’t a lot of buildings in the area during those days, thus the Hamilton Hotel stood out.

Mr Hamilton’s family was originally from Toowomba, according to a 1906 report. He and his family, however, would often visit the areas in the north bank of the Brisbane River thus he had this building made.

Coincidentally, one of the first lessees of the Hamilton Hotel, a Mrs Warren, was also married to another Mr Hamilton. Since most of the occupants of the hotel came from different Hamilton family branches, the family name gradually became the name of the whole district.

As the town progressed, aristocrats and clergy would call Hamilton their home. The suburb became well-known for its wealthy residents.

Gustav would eventually sell Hamilton Hotel after deciding to retire in . A man named Sam Hamilton bought the place and on the hotel’s good name.

The Hamilton Hotel would change owners a few more times. Its previous operators were J.R. Ahern and his wife, and E.J. Stewart of the Stewart Hotels.

In the 1960s, the new owners, Castlemaine Perkins Ltd under a Mr and Mrs A. Cox, rebuilt the hotel into a modern two-storey building with a parking facility to accommodate 225 cars, the largest in any hotel in Queensland at that time.

Hamilton Hotel also had eight cold rooms at the back and an additional three rooms with walls that can be dismantled for other uses. This made it easier for the hotel staff to serve bar guests refreshing drinks and good food.

All the self-contained rooms on the second floor, on the other hand, had their own toilet and bath, Hallstrom refrigerator, television, and telephone. There was also a built-in table in each room so that traveling businessmen can make their quarters their temporary office.

In the 1970s, Hamilton Hotel once again underwent renovations to include the Pioneer Grill Room, the Tally Ho Bar and the River Rooms fine dining area. Here, business seminars, birthday parties, and wedding celebrations were accommodated.

In 2015, Hamilton Hotel celebrated its 150th birthday.  Today, the hotel remains popular for locals and tourists. It has kept with the times as a trendy venue offering four bars, a bistro, a restaurant, a child and gaming facility, and a couple of function rooms for elegant parties.