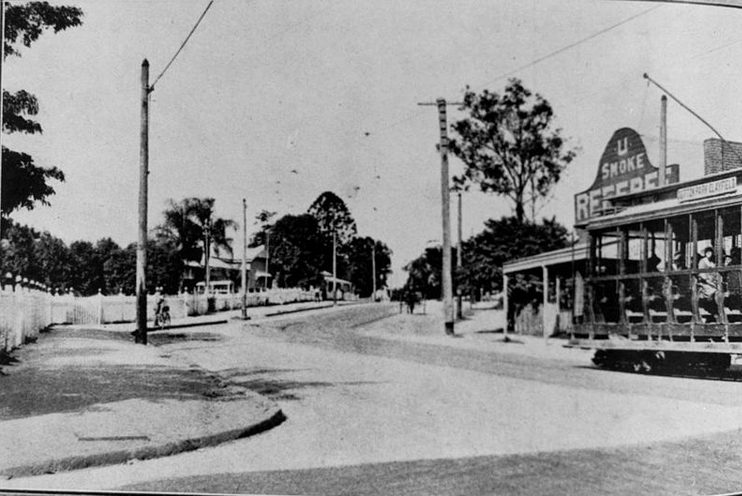 Whether you are a resident or a visitor in Albion, there’s always something to spark your interest, one of which is the Amble About Albion Heritage Trail.

The Amble About Albion Heritage Trail is a great way to explore the area whilst learning about the rich history of the suburb. The historic trail will take you on a journey through a range of places and events that have shaped Albion’s history.

Learn more about Albion’s early European settlement, war-time activity during World War II, its prominence as an industrial centre in the past, and commercial success reflected in the historic Sandgate Road buildings.

The heritage trail includes 18 points of interest that explore Albion’s historic suburban streets and commercial centre. The 2.7-kilometre trail starts at the Albion Hotel on Sandgate Road, up the hill to Whytecliffe, and then down to Crosby Park.

You may check BCC’s Brisbane Heritage Trails – Amble About Albion Heritage Trail brochure or have it downloaded for your self-guided tour. The brochure map includes additional information such as the location of public transport, public toilets, and access for people with limited mobility.

Take note that some sections of the Amble About Albion Heritage Trail are steep and may not be accessible for people with limited mobility.

Established in 1864, the Albion Hotel is suitably the origin of the heritage trail since the suburb was named after it. It is believed that Albion Hotel’s owner and licensee, Tom Haselden was reminded of the white cliffs of Dover in England when looking at the white cliffs of Petrie’s stone quarry, and named his hotel Albion from the Latin “albus”, meaning white.

The historic mill was constructed by Gillespie Brothers Ltd in 1931 when Australia was struggling with the effects of the Great Depression. The Albion Flour Mill had been Brisbane’s only working flour mill and had been in operation for more than 70 years until it ceased production in 2004. Sadly, it was tragically destroyed by fire in November 2013.

This exquisitely decorated timber house was built by Archibald McNish Fraser in 1887. One of its unusual features is the custom detailing throughout the house which reflects Fraser’s Scottish background.

Constructed in 1869 by Benjamin Brookes who is a successful ironmonger, this is one of the earliest remaining houses in the area.

Robert Little, Queensland’s first Crown Solicitor, built this grand house in 1876. He named it Whytecliffe as he was inspired by the nearby white cliffs at Petrie’s quarry.

The construction of this impressive two-storey brick school building began in 1926 following the Catholic Church’s purchase of the property. St Columban’s Boys’ School was then established in 1928.

In the late 19th Century, aside from what is now known as Crosby Park, there were several Chinese Market Gardens that supplied the town with most of their fresh fruit and vegetables.

Starting as an amusement park in the late 19th Century, the Breakfast Creek Sports Ground became the Albion Park Racecourse in 1909-10.

10. The US Chemical Warfare Service

During World War II, intense wartime industry occurred in Albion and Crosby Park was used by the US Army Chemical Warfare Service.

Ellen Street is one of Albion’s most historic streets with a streetscape of small workers’ cottages built in the late 1880s. Numbers 23 and 25 Ellen Street are the earliest surviving houses in the street. Both residences were constructed in 1885.

This humble timber hall was built in 1927 as a hall for the Prince Albert Victor Lodge chapter of the Manchester Unity Independent Order of Oddfellows (MUIOOF). As a charitable society, the MUIOOF provided financial assistance to its members and their dependents in times of great need.

Carl Albert Stephan established his successful saddlery business on this site circa 1895. The saddlery continued to manufacture and sell horse-related products here well into the 1950s.

The Albion Building was constructed in 1927 at a time when Albion was experiencing an era of growth and prosperity.  The building reflects the prosperity in Albion at the time of its construction.

This charming brick building was built between 1910 and 1911 for successful Albion hardware retailer, JR Wyllie & Sons.

This building was once the Albion Post Office and was constructed between 1925 and 1926. After being sold in 1995, the building is no longer used as a post office and has since been converted into offices.

Built in 1887, this public hall became the centre for Albion’s social events and entertainment. The hall was converted into a picture theatre in the early 1920s and for many years it was known as the Empire Picture Theatre. From 1934, the hall was referred to as the Capitol Theatre.

In 1917 this shop became one of the first State Butcher shops in Queensland. State butcher shops were established by the Queensland Labor Government under the State Enterprises Act of 1918 as a means of influencing the prices of household staples, such as meat and sugar.

Want to explore more historic sites in Brisbane? Check out the  Gallivant Through Ascot and Hamilton Heritage Trail which uncovers the history of Hamilton and Ascot.