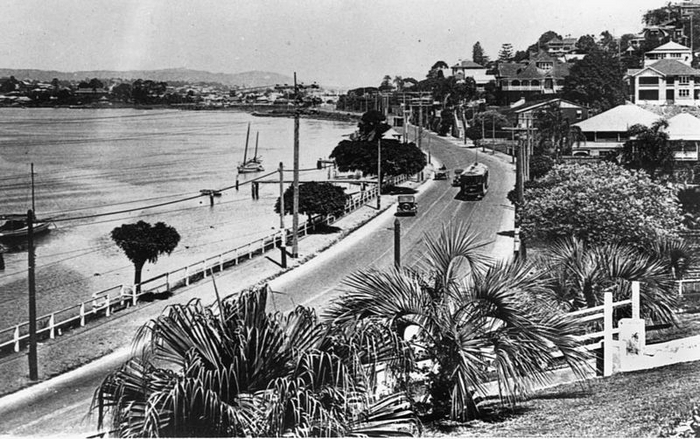 Hamilton and Ascot are currently amongst the highly coveted places to live in Brisbane. Their history and development can be retraced through the Gallivant Through Ascot and Hamilton Heritage Trail which includes heritage buildings and historic sites.

Exploring the Gallivant Through Ascot and Hamilton Heritage Trail will help you uncover the events that helped in shaping their history.

The 3.5-kilometre heritage trail includes 18 points of interest which starts off just outside the Hamilton Hotel and ends at the entrance to the Eagle Farm Racecourse.

Want to read ahead before visiting the heritage trail? You may check out the Gallivant Through Ascot and Hamilton Heritage Trail brochure which contains more information on the location of public transport and access for people with limited mobility.

Gustavus Hamilton established a hotel in 1865 and named it The Hamilton after himself. The hotel became a reference point in the district and not long after, the area around the hotel was also referred to as The Hamilton.

Interestingly, the only way to access the Eagle Farm Women’s Prison was along a convict-hewn track known today as Kingsford Smith Drive. The prison may no longer be standing, but it is an important archaeological site located approximately two kilometres away from Schneider Road.

During World War II, US forces were re-directed to Australia and Brett’s Wharf played an important role as the receiving dock for the US Air Force’s unassembled aircraft.

The brick substation, designed by City Architect, Frank G Costello, was built in 1947.  An increasing population and the accompanying increase in housing and industry through the Hamilton and Eagle Farm areas made it necessary to install extra utilities to service the area after World War II.

In 1953, this road was renamed Kingsford Smith Drive in honour of one of Australia’s most important aviators, Sir Charles Kingsford Smith who was born in a house near the corner of Riverview Terrace and Hamilton Road.

This stately building was built in 1920 as the Hamilton Town Hall and Hamilton Town Council Chambers. The hall was designed by respected Brisbane architect, MT Stanley and became the venue for Council business community meetings, and social occasions like dances.

Opened in 1907, the Tivoli Gardens was famous open-air  Vaudeville theatre in Brisbane for its Vaudevillian acts. The theatre was established by Miss Bella Sutherland who was a famous performer on the vaudevillian circuit in Australia and internationally.

The brick church was completed in 1920 as St Augustine’s Thank-offering and War Memorial Church.

Racecourse Road, which still remains today, was the direct path from the river to the racecourse.

Lynford is considered as one of the finest examples of Tudor Revival homes in Brisbane.

The grand residence was built around 1886 for a politician named J.G. Appel and was designed by prominent architect, Richard Gailey.

Built in 1938, this exceptional example of Functionalist architecture is reminiscent of the glamorous 1930s Hollywood parties.

Nyrambla epitomises the development of Ascot in the late 1800s when grand residences were built on the apexes of the suburb’s hills.

Built in the 1890s, this house was used as an accommodation for horse trainers and their families.

This much needed permanent fire station that services the Ascot and Hamilton area was built in 1920.

Originally called Racecourse Station, the line from Eagle Junction to Ascot Station was opened in 1882 and was used exclusively for race days.

In 1865, the first race meeting was held at the Brisbane Racecourse which is now identified as Eagle Farm Racecourse.